Meet Our National Team - One Hope Canada
Skip to content

One Hope Canada’s national team is made up of our Field Team and our Support Team. Together we form the Ministry Resource Centre, and provide essential support to our 45 camps and community ministries as they encourage, direct, and equip missionaries to fulfill One Hope Canada’s purpose and vision. 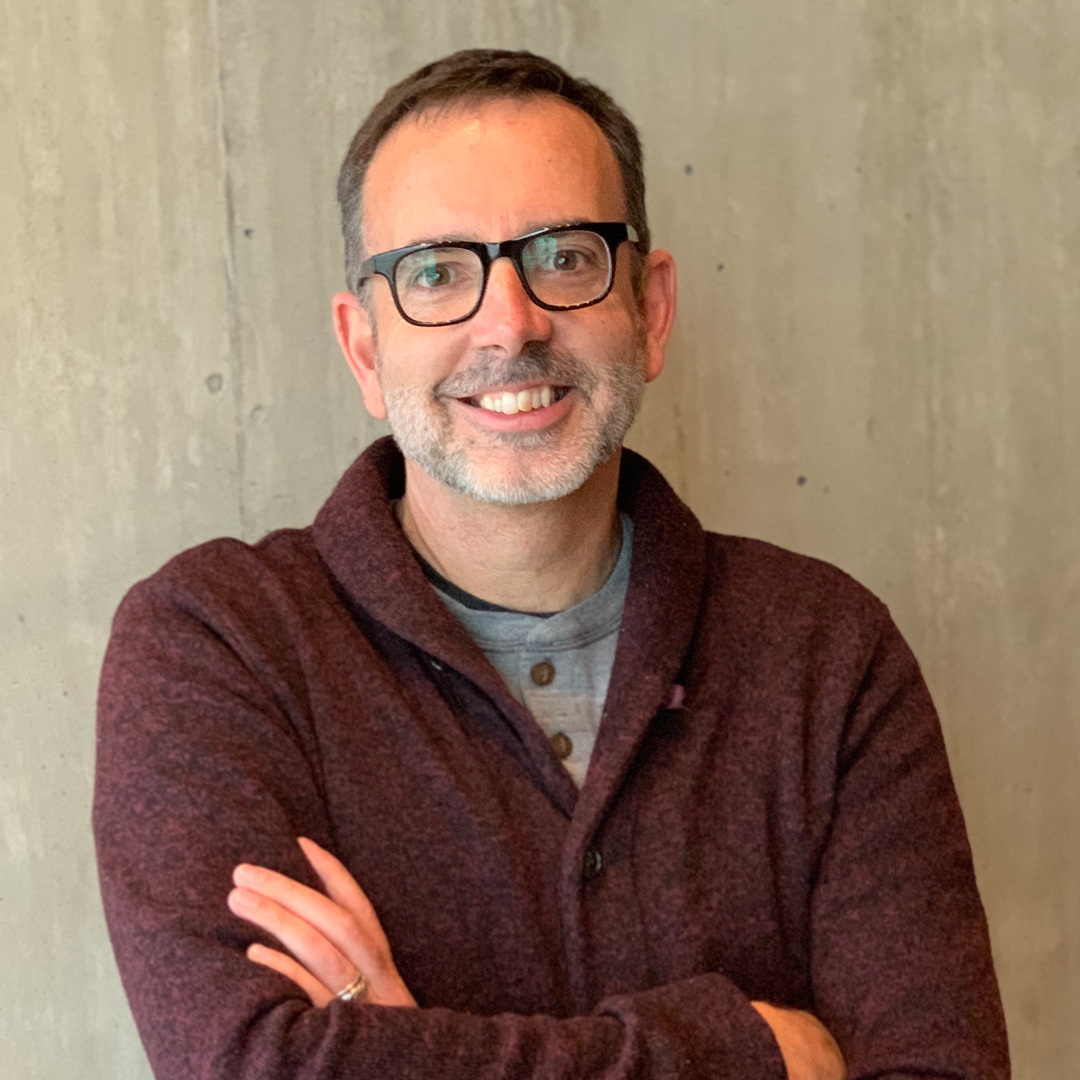 After living most of his adult life in Manitoba, Bill McCaskell moved back to Saskatchewan in 2019, returning to the province where he grew up. He joined One Hope Canada (Canadian Sunday School Mission at the time) in 2010 as Manitoba Field Director.

In 2012, Bill and his wife Bev began serving as the mission’s National Director team. In 2019 Bev stepped down from the role. Bill continues to serve as National Director, leading a great team of more than 150 missionaries from across the country as they reach more than 30,000 children and youth each year with the hope of Gospel.

Previous to his ministry with One Hope Canada, Bill was a pastor and entrepreneur. Bill and Bev are the happy parents of two sons, two daughters-in-law, and grandparents to four grandsons. 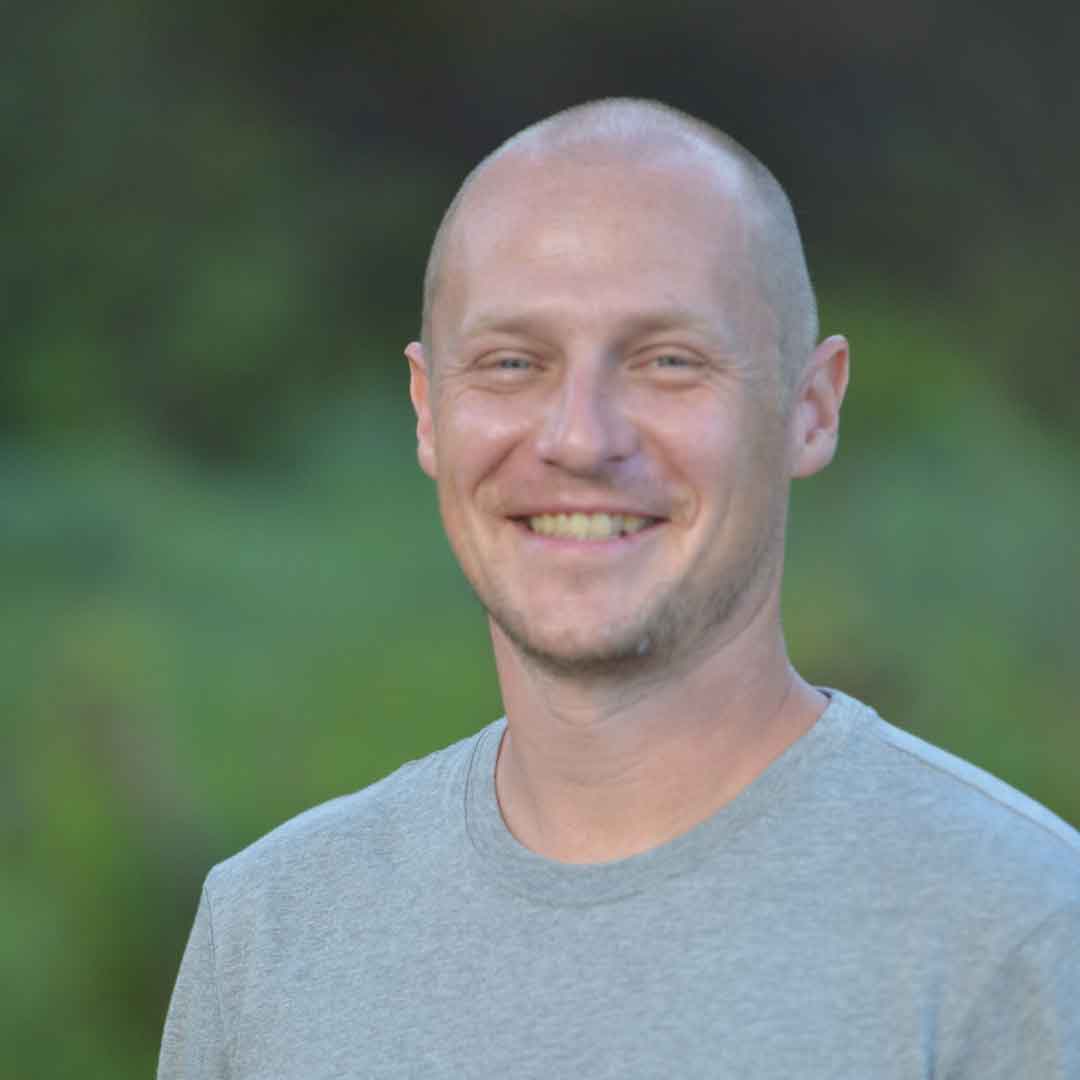 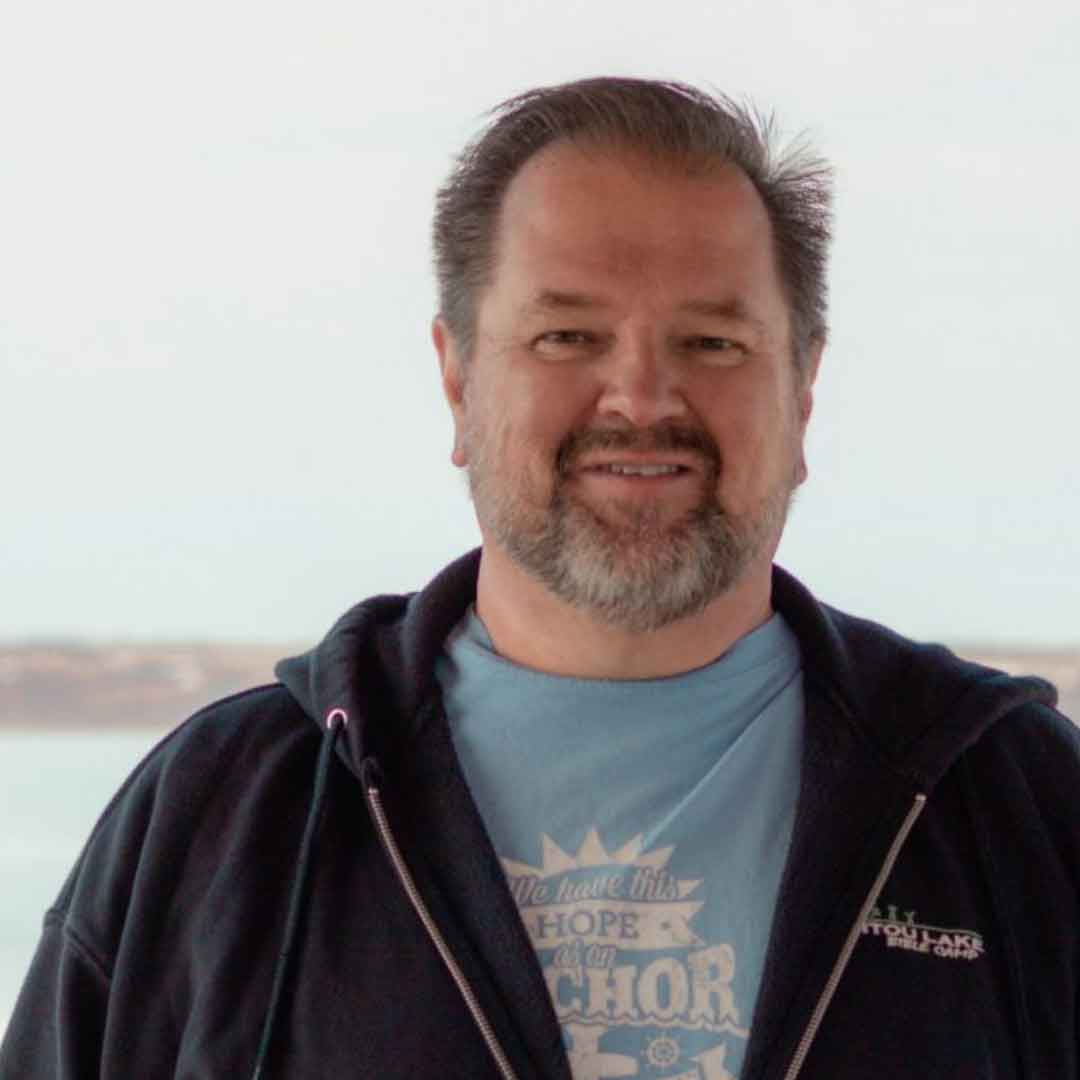 Dan and Wanda Screpnek have been serving with One Hope Canada as full-time missionaries since 2016. Their first role was with the Encounter School of Discipleship as team leaders and then with Manitou Lake Bible Camp where Dan served as Director of Discipleship and Maintenance and Wanda served in Administration and Guest Services.

Before joining One Hope Canada, Dan and Wanda served with SIM, 10 years in Nigeria as dorm parents and 9 years in Canada doing member care and recruitment.

Dan and Wanda currently live in Sexsmith, Alberta. They have three adult children and four grandchildren. 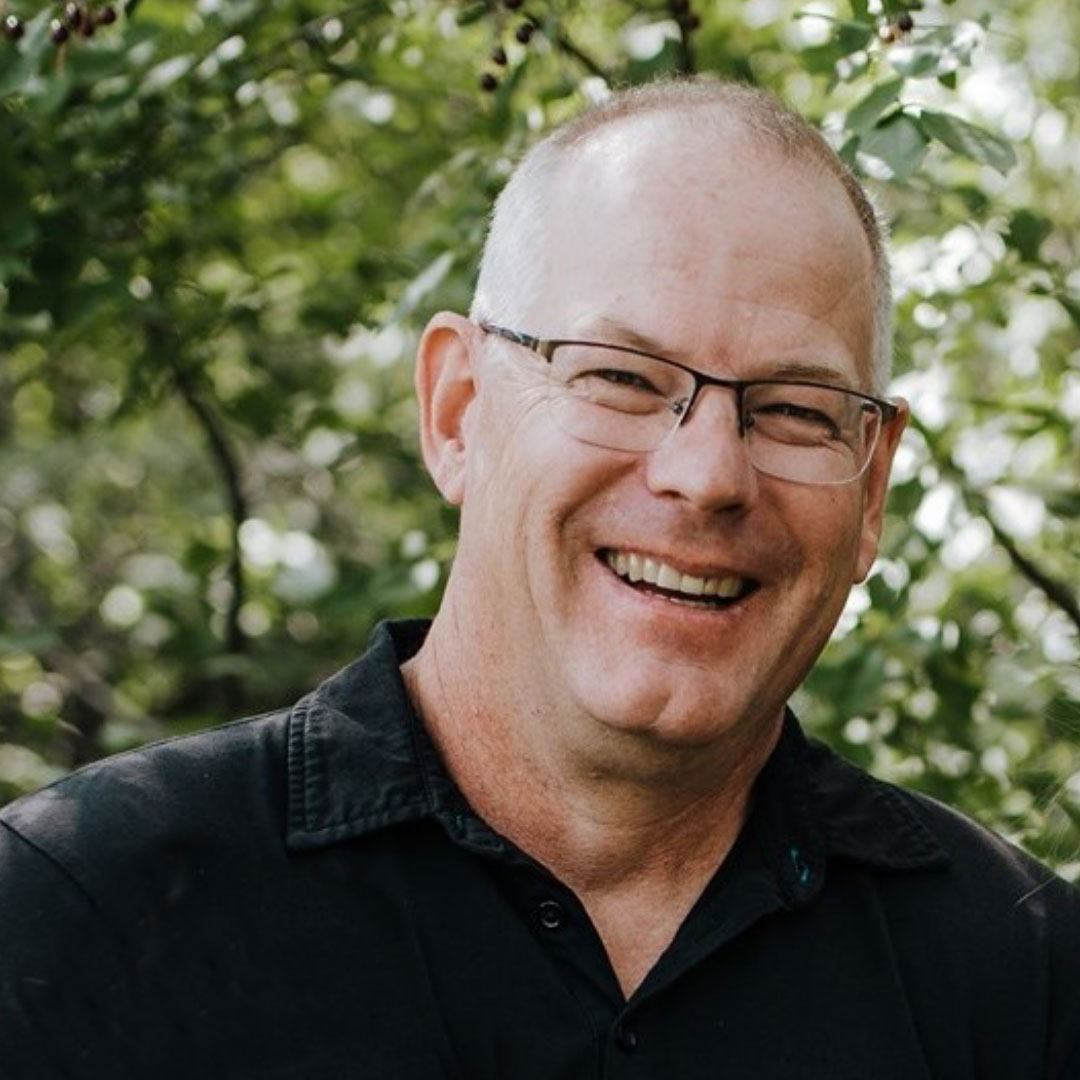 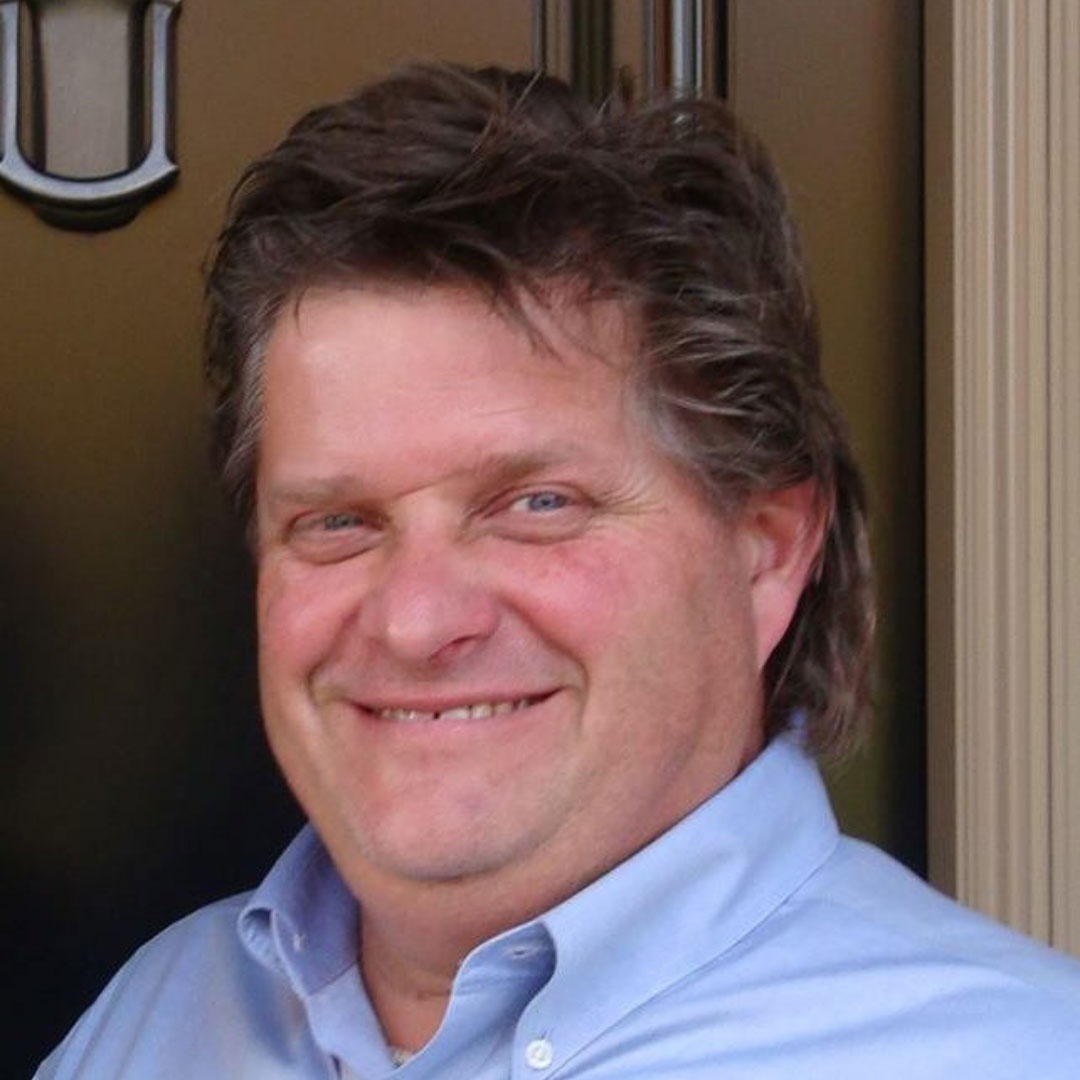 After graduating from Ontario Bible College with a bachelor of theology in pastoral ministry, Stephen spent 13 years in business, 10 years as a lead solo pastor, ordained with the Fellowship of Evangelical Baptist Churches, and five years as a director with Focus on the Family Canada.

Stephen and Beverly, have four adult children and three grandchildren. When not travelling to ministry points, Stephen pastors a house church. Stephen and Bev enjoy being empty nesters but are blessed with frequent visits by their children. 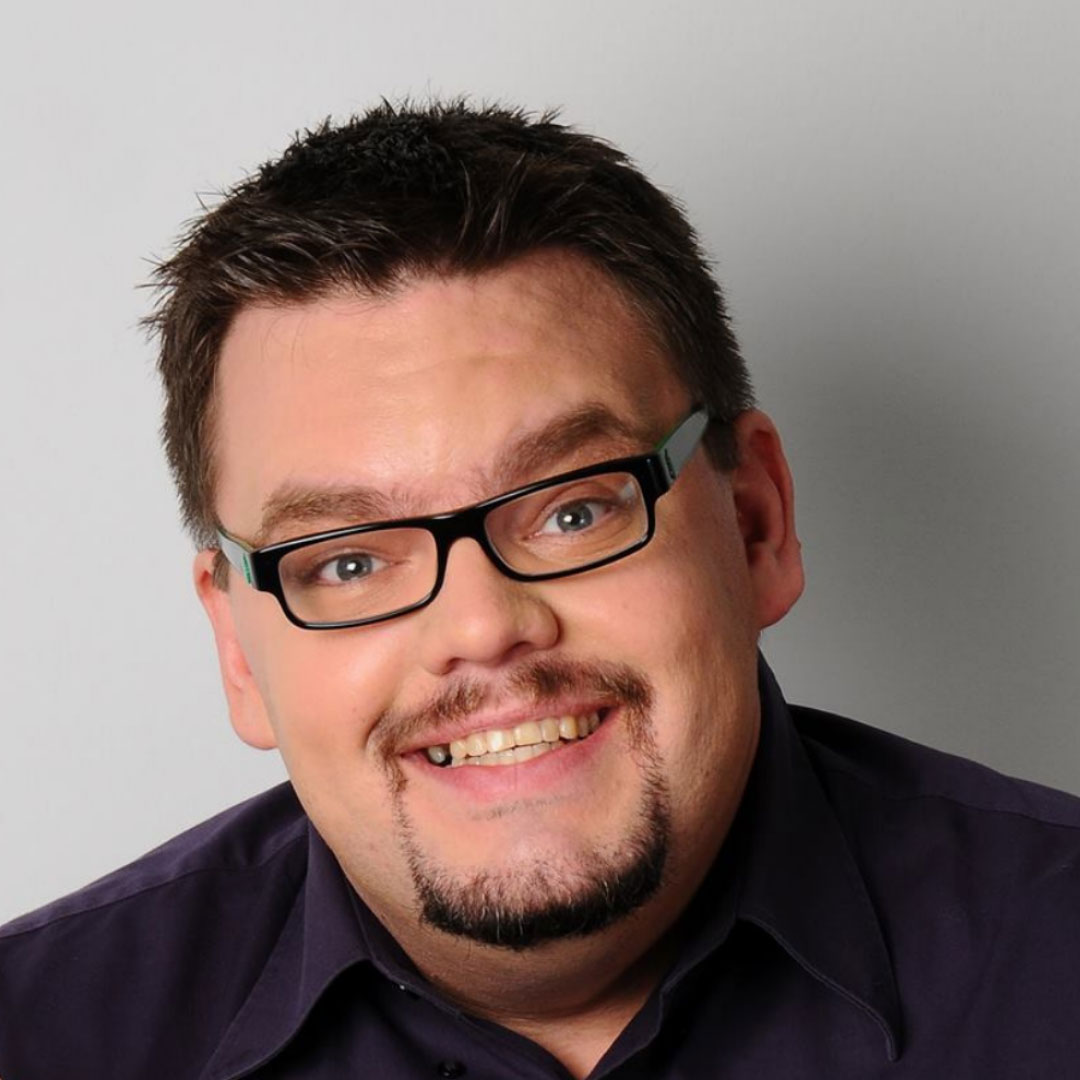 Jean-Sébastien is a French Canadian author, pastor and seminary lecturer (mainly in Biblical Studies, Systematic Theology and Church History). It was at camp where Jean-Sébastien got serious with God at 15 years-old. He had the best time of his life in IVCF camps, met his wife at a summer camp and together they served for few years as camp directors.

Jean-Sébastien and Katie went on a camp hiatus for awhile, as they started their own “camp” at home: they are the happy parents of four young kids. Now with One Hope Canada, they are back in the camp business!

Jean-Sébastien and Katie also have the mandate to create French resources to help  francophone churches and camps to evangelize and disciple kids and teenagers.  As francophones children are one of the least reached group in North America, Jean-Sébastien and Katie quickly embraced One Hope Canada’s mission of presenting the Gospel to those having the least opportunity to hear of Christ. 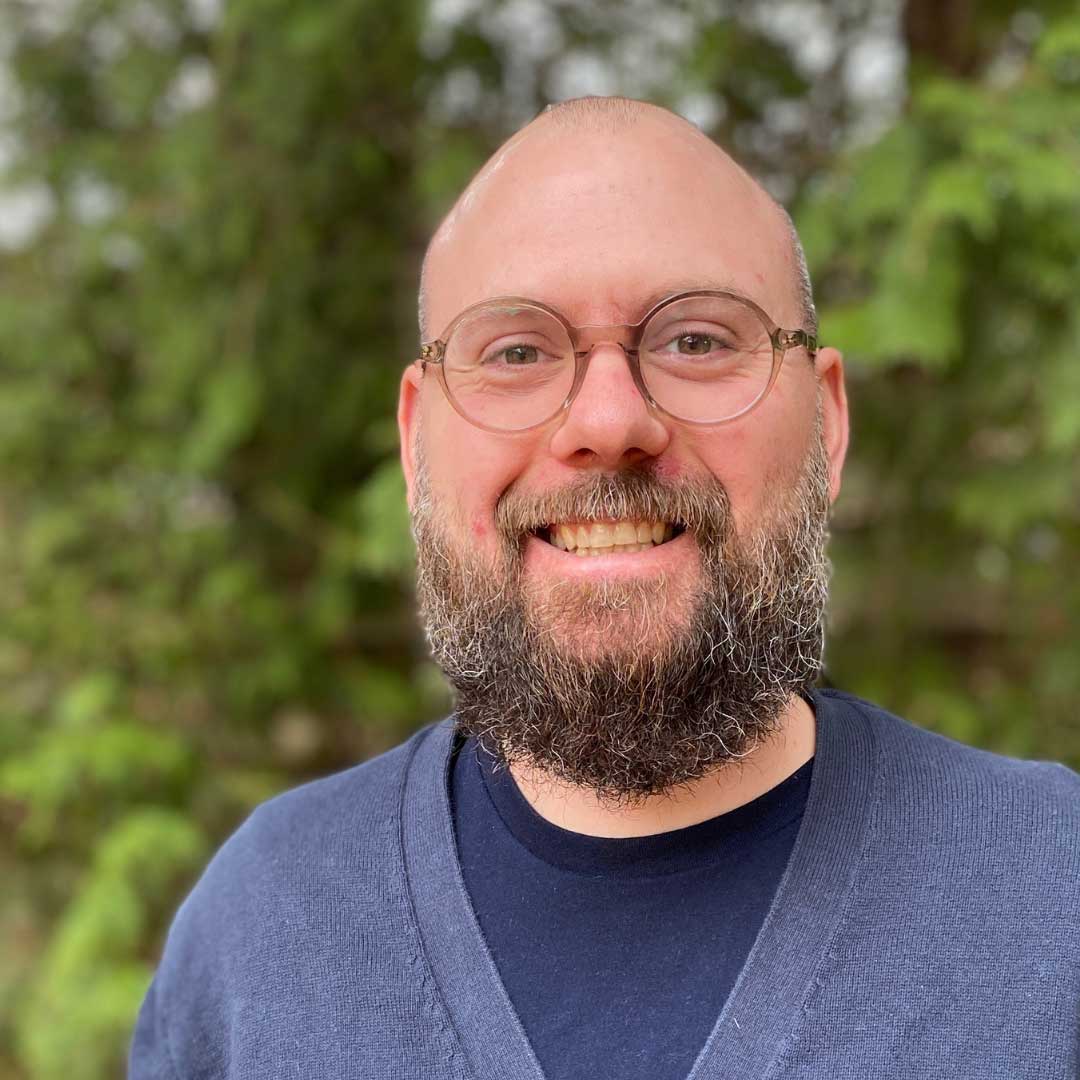 Cory first served at a One Hope Canada Camp in the summer of 2005 after his roommate invited him to come “out west” to work at Camp Silversides. Several years later he was reintroduced to the ministry in Atlantic Canada when he was invited to speak at a One Hope Canada camp.

As the Regional Director for Awana in Atlantic Canada Cory spent several years working with and developing a partnership between Awana and One Hope Canada. Then in 2022 he joined the One Hope Canada family as the Atlantic Field Director.

Cory graduated from Atlantic Baptist University with a BA in Biblical Studies and a Certificate in Youth Leadership. He is married to Emily and they homeschool their six sons in rural New Brunswick. 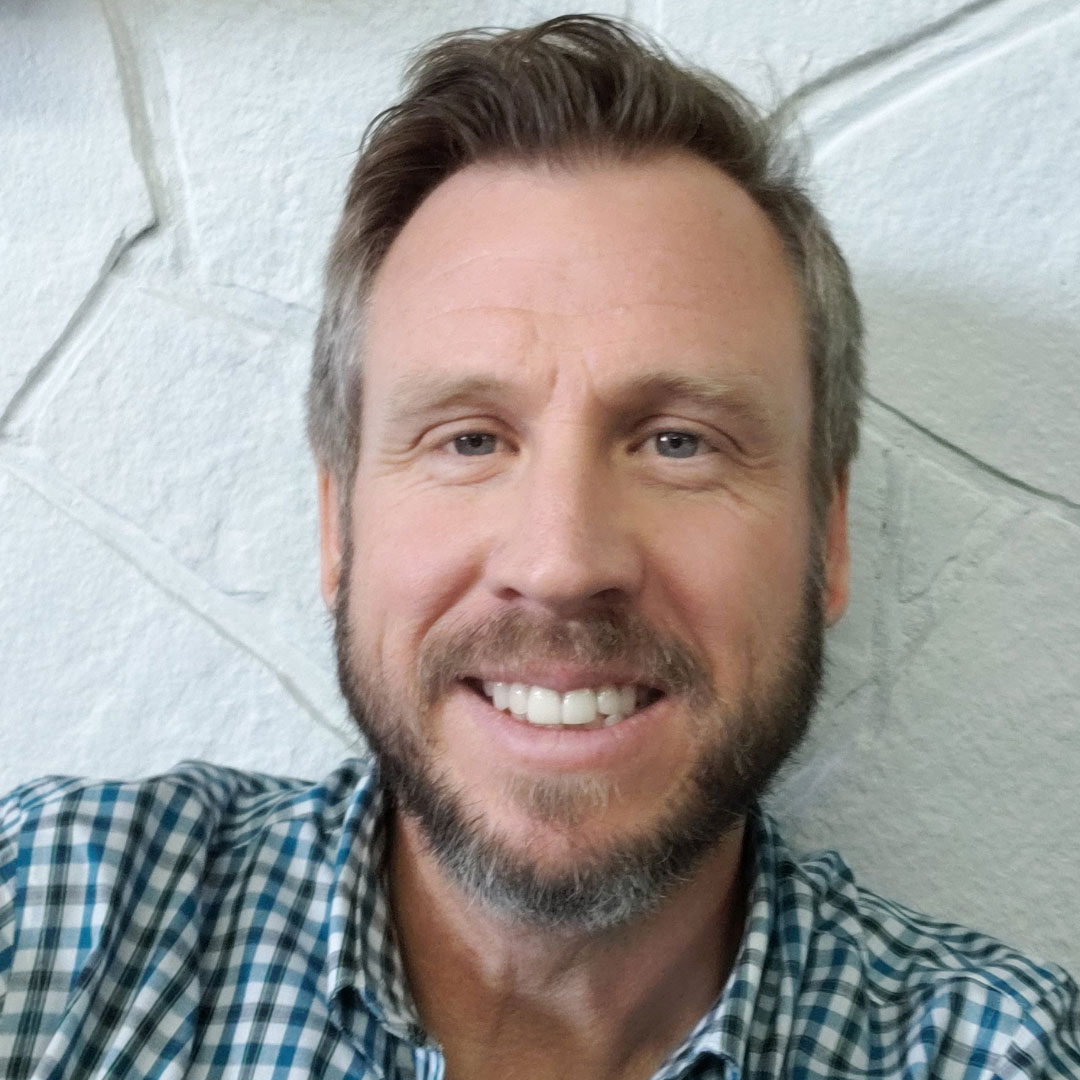 Pete has served with One Hope Canada for a number of years, including four summers as camp director at Cape Breton Bible Camp, and several years as the Field Director for BC and Alberta. Currently he serves as the Senior Director of Finance and Administration.

Pete spent most of his formative years overseas in Kenya as a “missionary kid”. Before joining One Hope Canada, he was a forest firefighter as part of a specialized “rappel” program with the Alberta government, community services/recreation director for the Town of Rimbey, and a missionary with AIM in Kenya. He currently resides in Three Hills, Alberta with his wife Ashley and their three quickly growing boys. 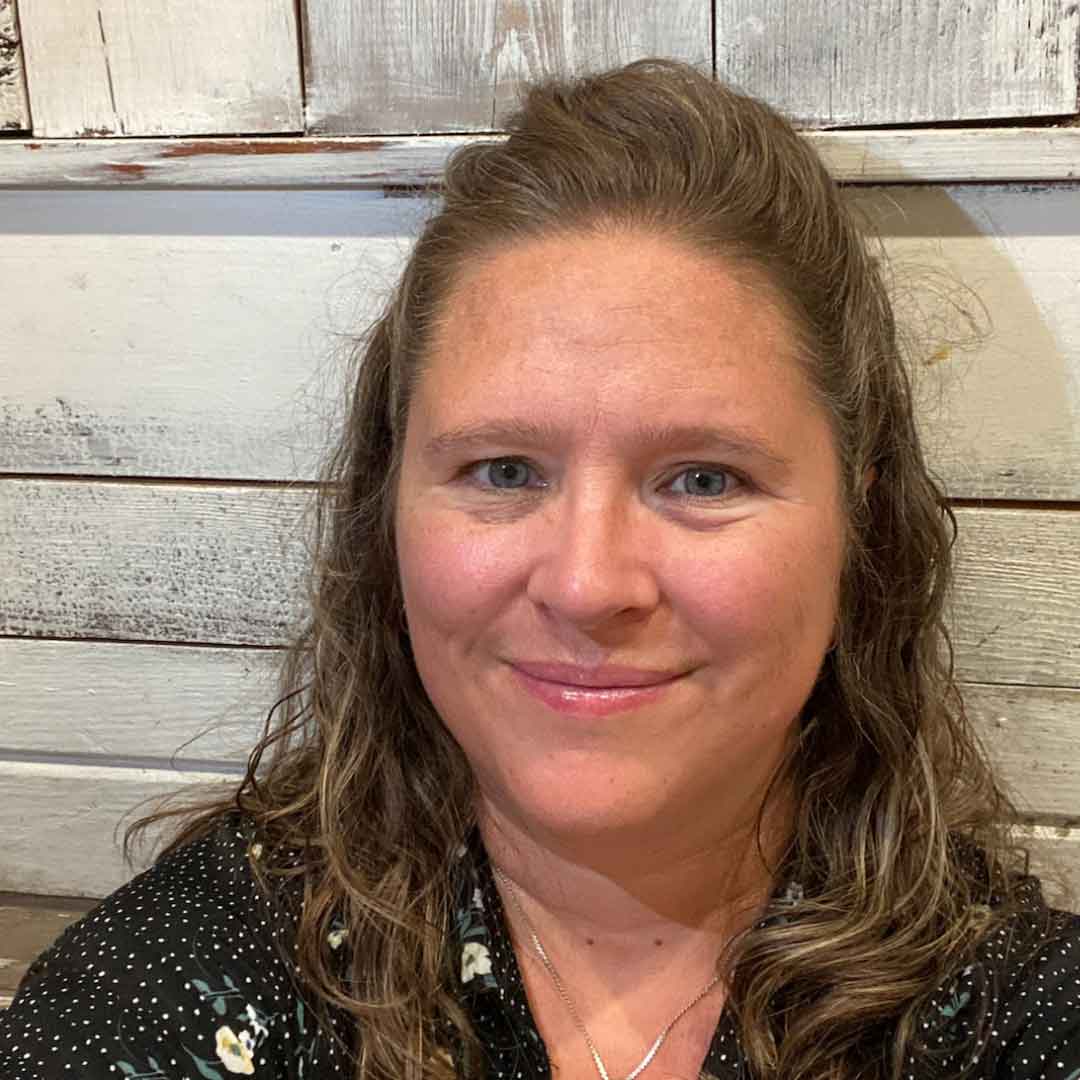 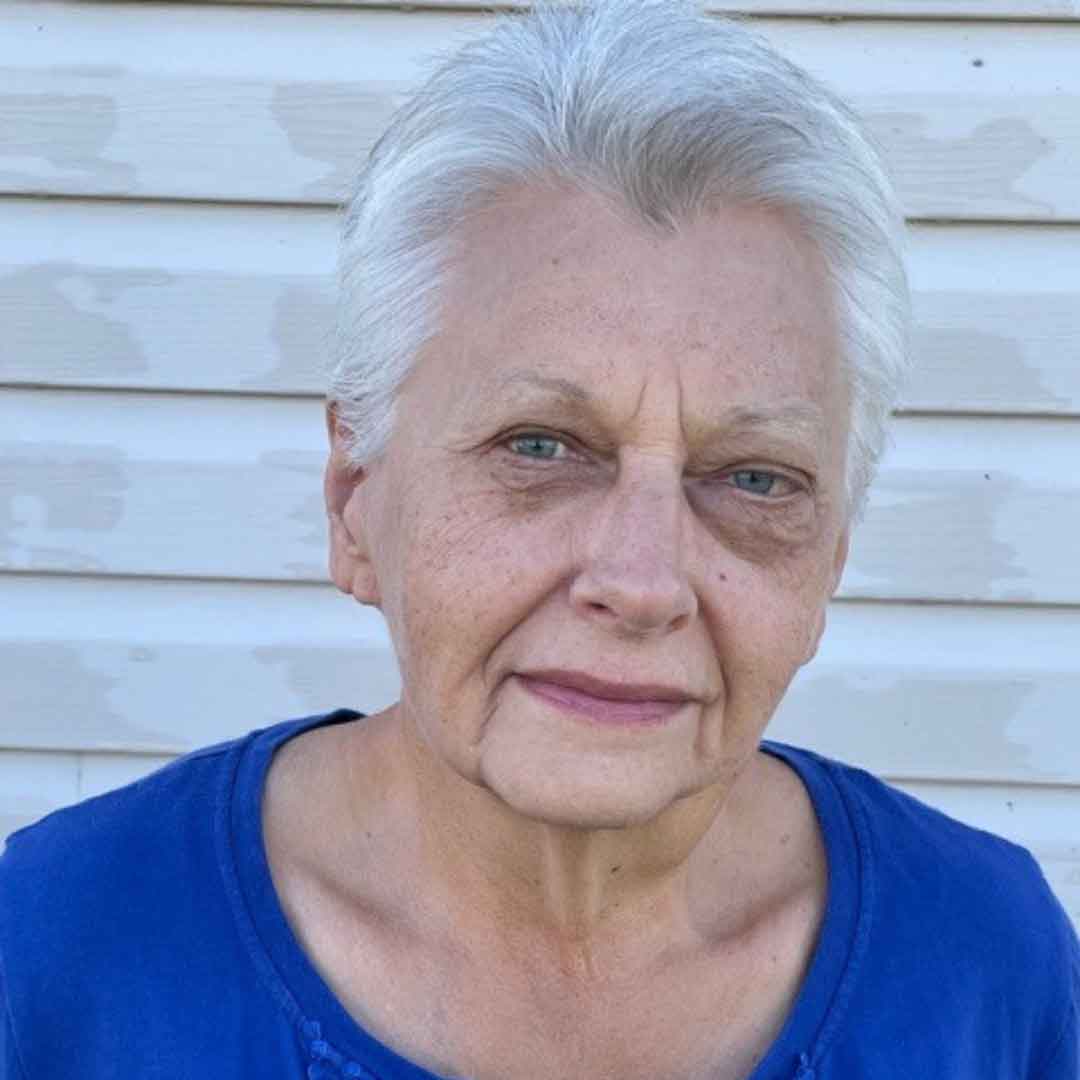 Judy’s journey with One Hope Canada began in 2005-06 when she began doing the bookkeeping duties for Turtle Mountain Bible Camp, a One Hope Canada camp in southwestern Manitoba. That was the beginning of other connections with the mission which led to her husband, Wayne, becoming Manitoba Field Director in 2011.

This brought Judy and Wayne back to Winnipeg where she was asked to “help out with the bookkeeping for the National Office.” Now, a number of years later, she is the Finance Team Leader for the entire mission. This role entails all things financial and has recently included the insurance aspect of the mission.

Judy and Wayne have three sons, three daughters-in-law and nine grandchildren, living in Manitoba and Alberta. Judy and Wayne currently live in Manitoba, with ‘home’ being Alberta, while they cheer for the Saskatchewan RoughRiders. 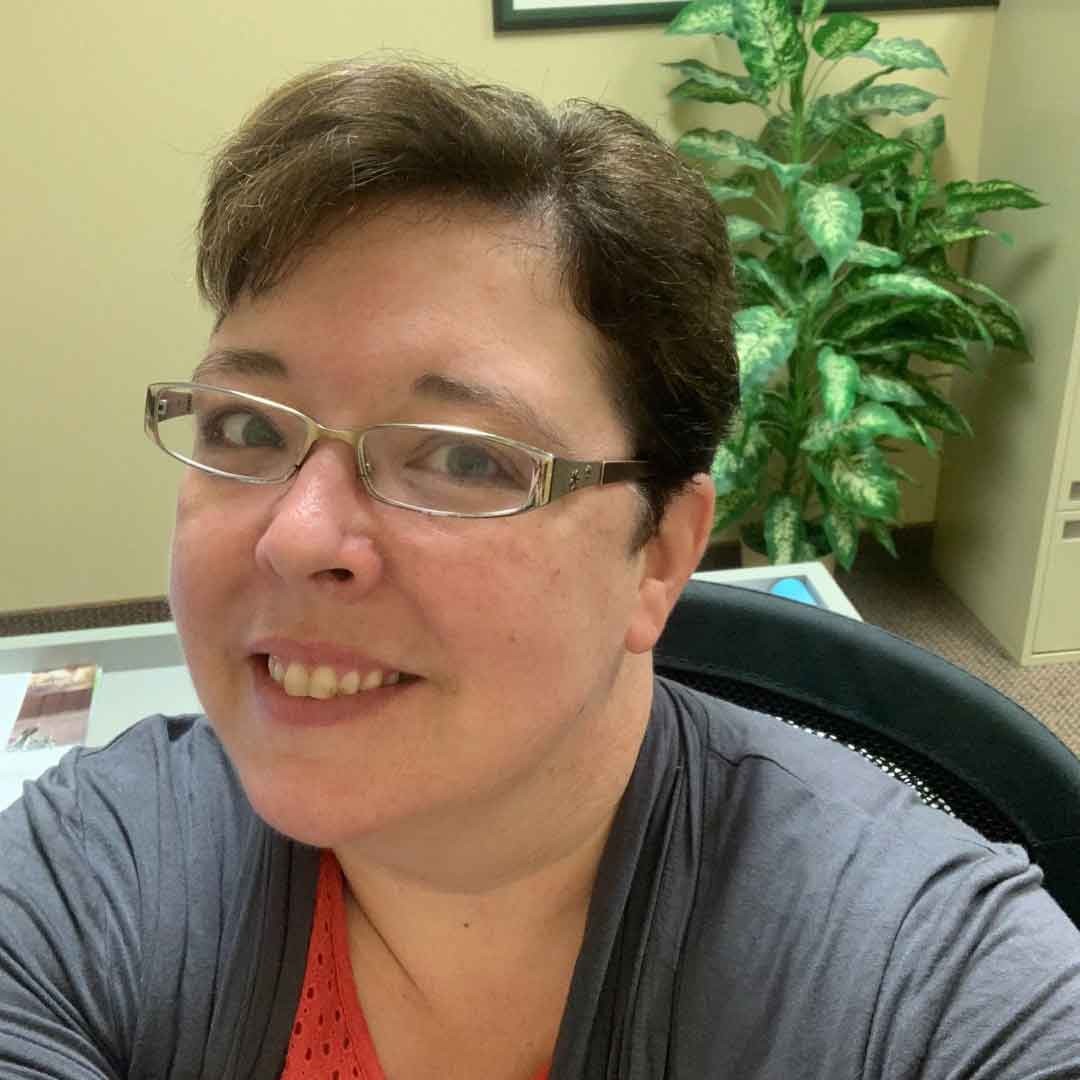 Kelly’s passion is to see children, youth, and families get to know Jesus in a personal way as they discover what it means to live out their faith in the every-day world. In her role as Director of Donor Relations and Marketing, she invites others into the ongoing story of God’s work in and through the ministry and mission of One Hope Canada.

A journalist by training, Kelly’s background includes two decades as a writer, photographer and editor, as well as experience leading family ministry programming in a church setting. She has been married to Kenneth since 2003 and they parent two awesome teenagers in Winnipeg, Manitoba. 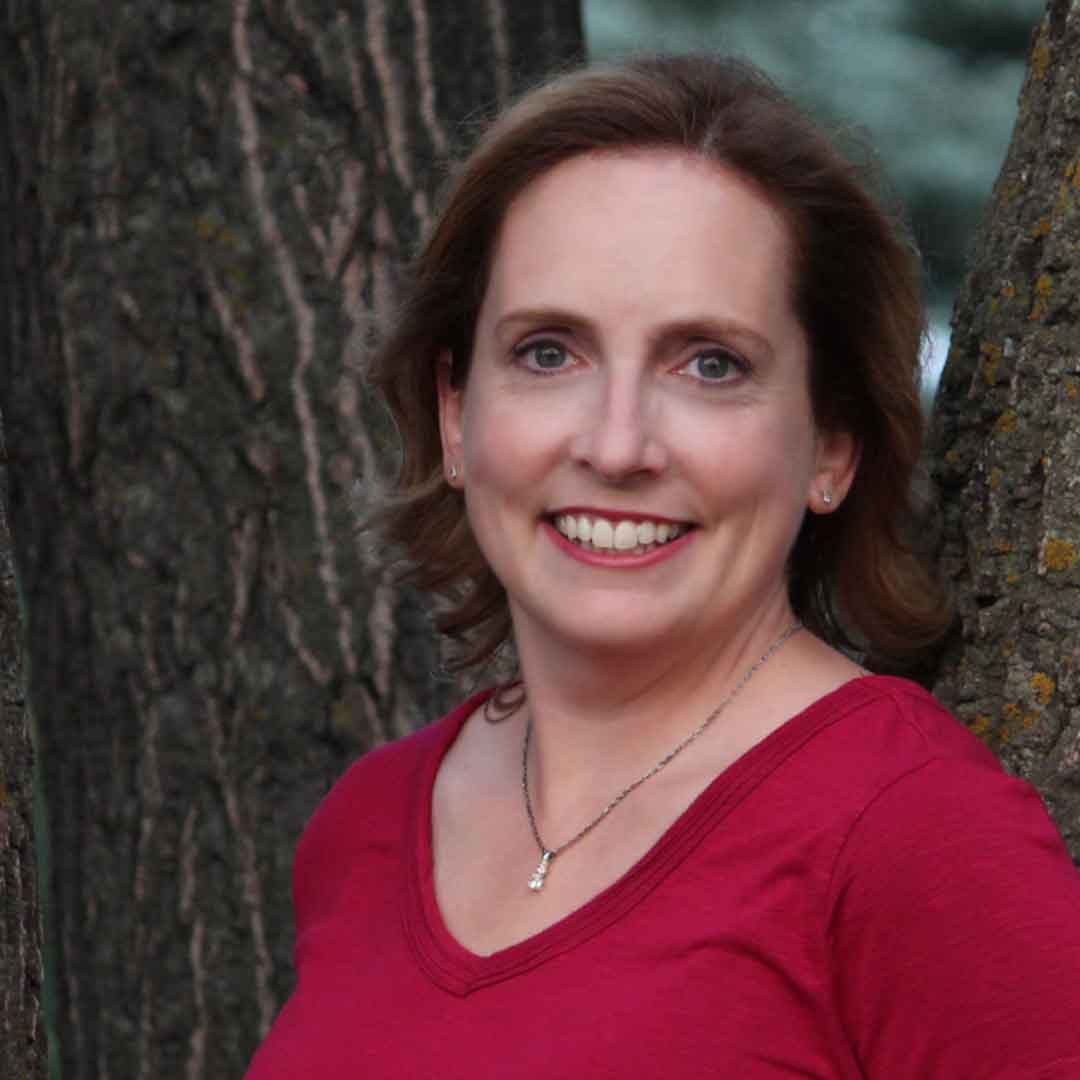 Lorna joined the One Hope Canada team in June 2021. She serves as the Communications Assistant (specializing in graphic design) at the Ministry Resource Centre.

Lorna lives in Winnipeg with her husband Merle and three children. She is active in her church and community where she has had many opportunities to develop her gifts. She has many fond memories of her time at Gimli Bible Camp, both as a camper and as a cabin leader. 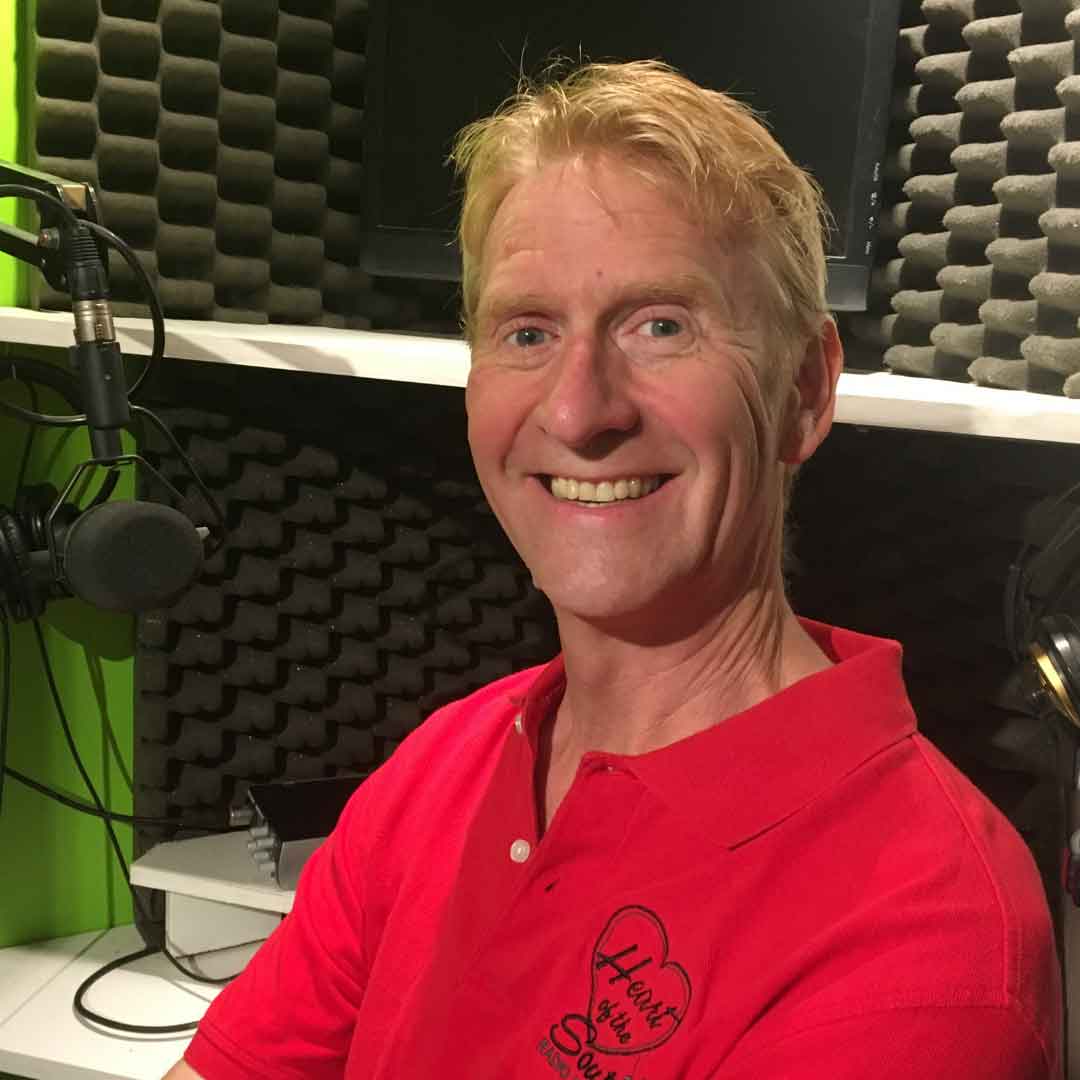 Harold’s first encounter with CSSM (now One Hope Canada) was in the mid-80s when he served as a Vacation Bible School teacher and camp counselor at Gimli Bible Camp and Turtle Mountain Bible Camp.  In 1989, he had a taste of pastoral life when he served as the Summer Youth Worker at Glenboro Bible Chapel, a ministry started by CSSM. Roseau River Bible Camp was started shortly after that and Harold had the privilege of serving as their first Assistant/Program Director on their new site in the summer of 1993.

After gaining valuable experience in other camps and missionary experience in Jamaica, Mexico, the Southern USA and Ukraine, an exciting door opened in 1999, when Harold joined CSSM Ministries full time as the Public Relations/Development Coordinator. He has served in that role since that time, although the current primary focus of his work is Radio Promotions.

Natalie, who served at Camp Livingstone in Quebec, joined Harold in marriage and ministry in 2008, and a sweet little baby girl, Evangeline Hannah Doralyn was born in April 2021. 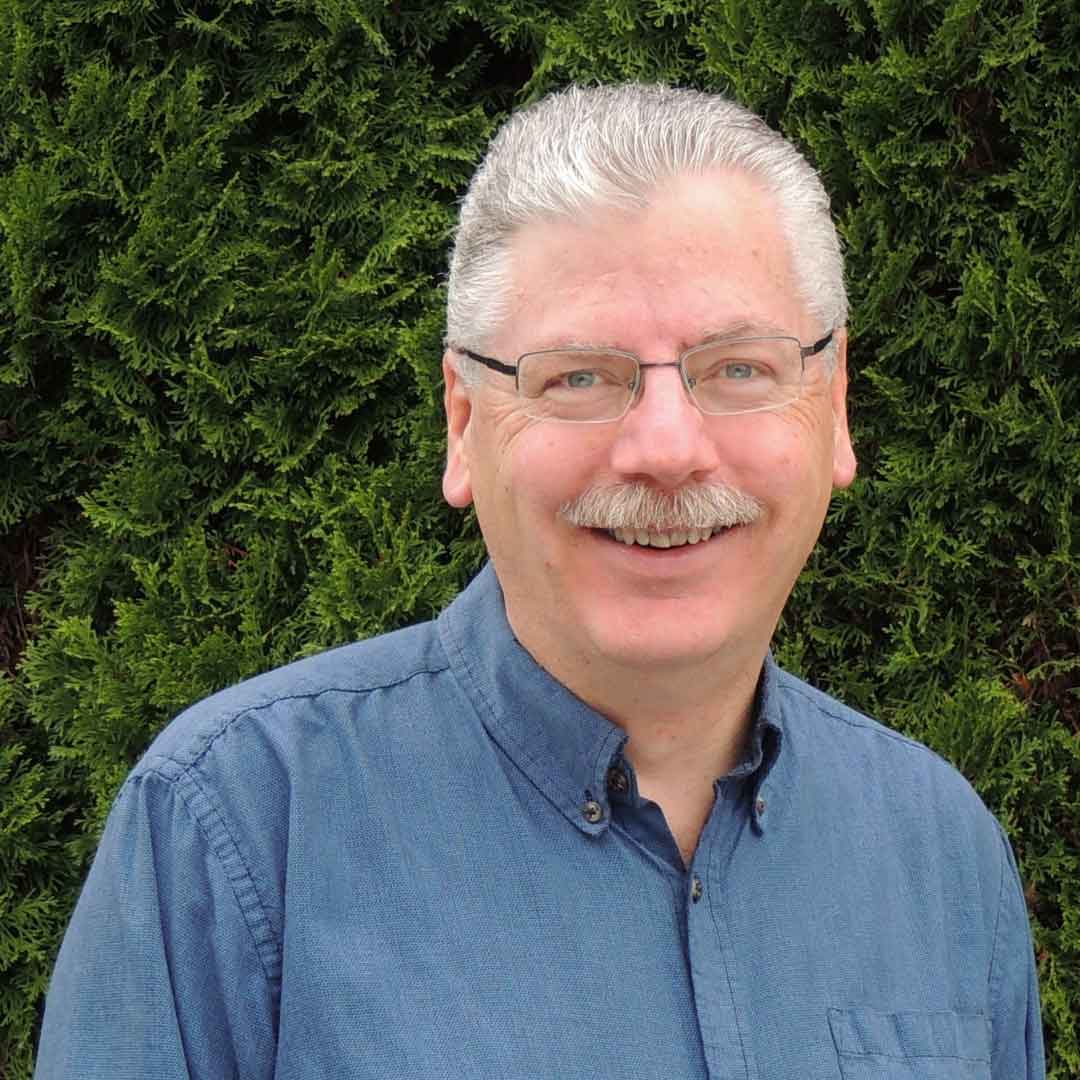 Roland, with his wife Marilyn, has served as a full-time missionary with One Hope Canada since 1995. He has filled a wide variety of roles from Bible Camp Director to BC Field Director. For 20 years he directed a mobile day camp outreach to BC’s unreached communities, serving with Marilyn and their three children, Sarah, Melissa, and James. 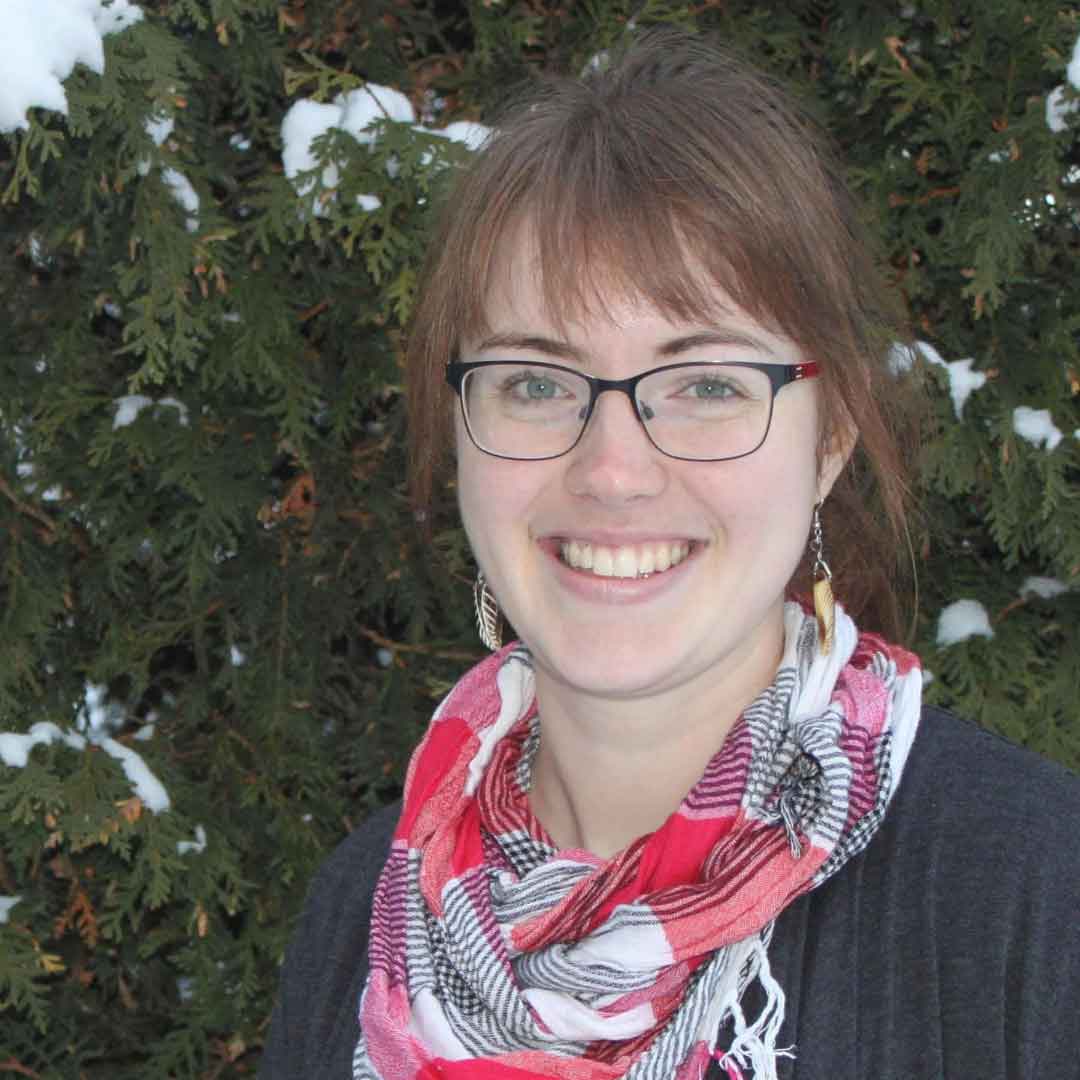 A native Quebecer, Marianne first volunteered as a cabin leader at Camp Livingstone in Quebec in 2011. She joined the ministry team there full-time in 2016 and transitioned to her role as a translator for the Ministry Resource Center in November 2021. She loves languages, translation, and communications. She also has a heart for the French people of Canada, and utilizes those skills and interests to make training and other materials accessible to them. 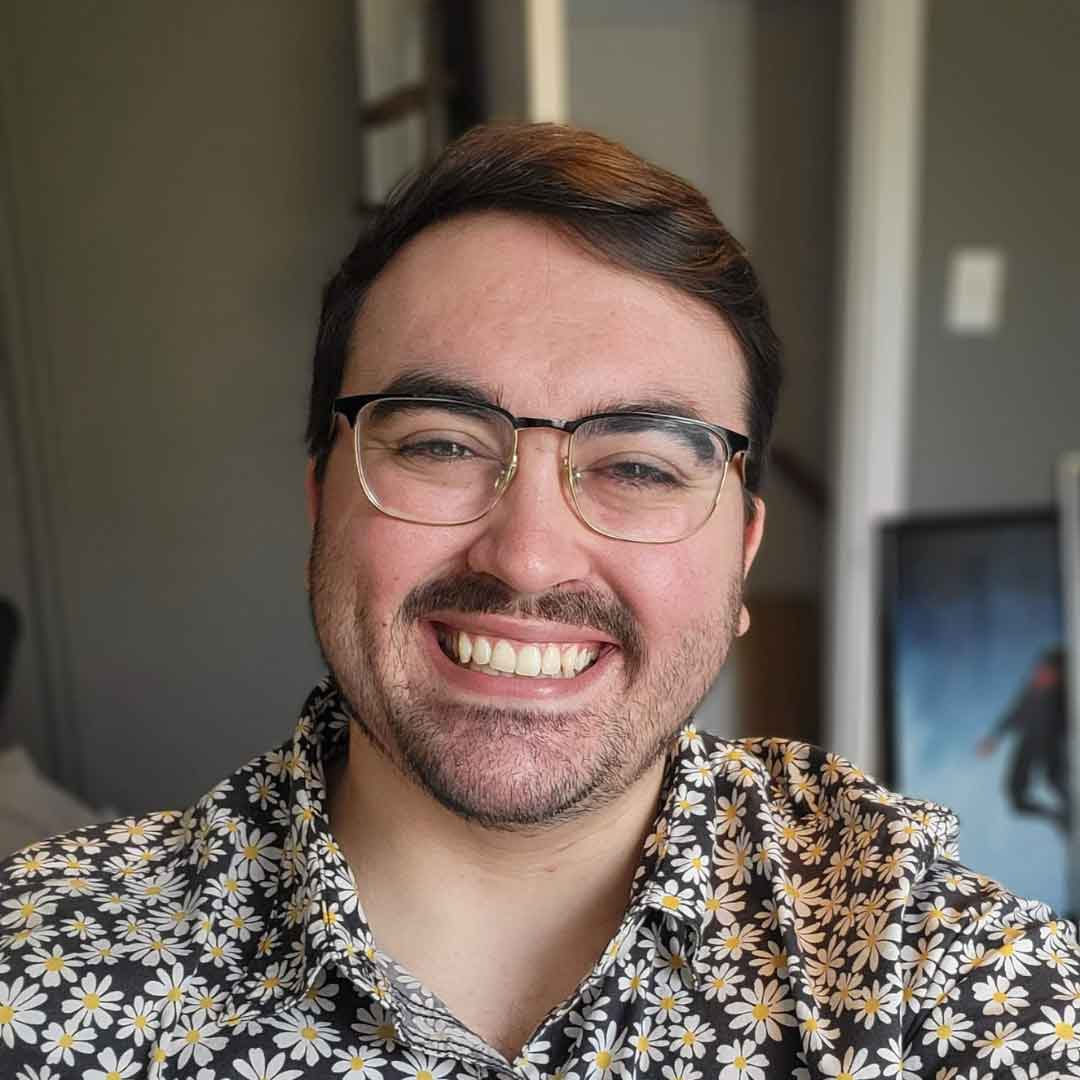 Josh serves as the Faith Spark Director for One Hope Canada and mainly oversees the day-to-day operations of the Faith Spark app. He is constantly looking to the future to see where One Hope Canada can help the Gospel thrive in a digital space.
Josh lives in Kitchener, Ontario with his wife Melissa and their golden retriever Banjo! He attained his Bachelors of Religious Education in 2019 at Emmanuel Bible College majoring in Youth and Family Ministry and minoring in Leadership and Counselling. Feeling his time of learning was not finished, he then continued on to achieve his Masters of Theological Studies from the University of Waterloo in 2022. 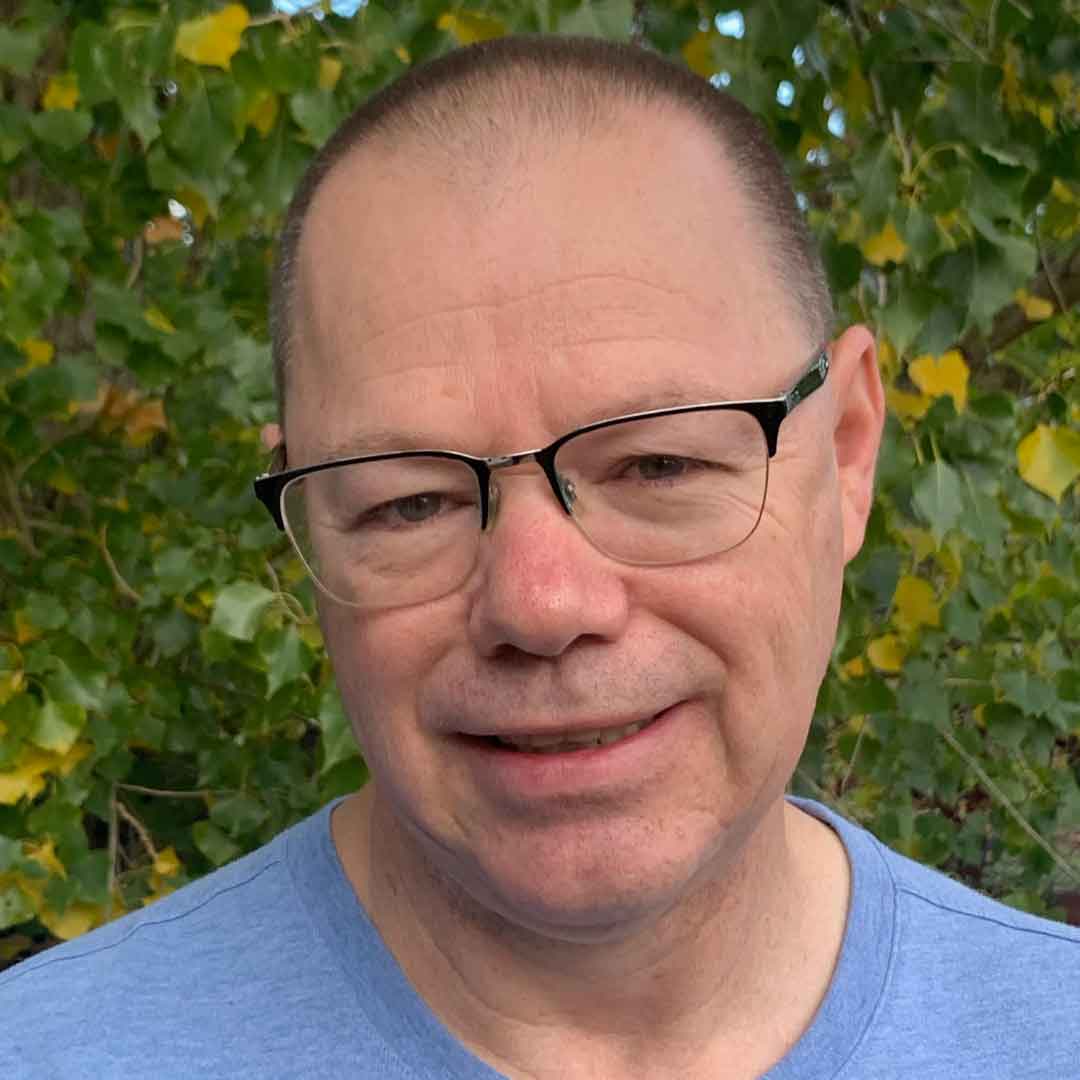 Don joined One Hope Canada in 2022 after a lengthy career in Information Technology with the Saskatoon Police Service. Retirement has opened up new doors and opportunities for him to be on mission for Jesus.
Don is excited to be able to transfer his IT skills and experience to the continued development of the Faith Spark application. It is a great opportunity to extend an application that is centered on the Gospel, discipleship and relationship building to kids and youth.
Don and Donna live in Saskatoon and have three married children and six grandchildren. They are active in leadership and discipleship training at Grace Fellowship Church in Saskatoon. 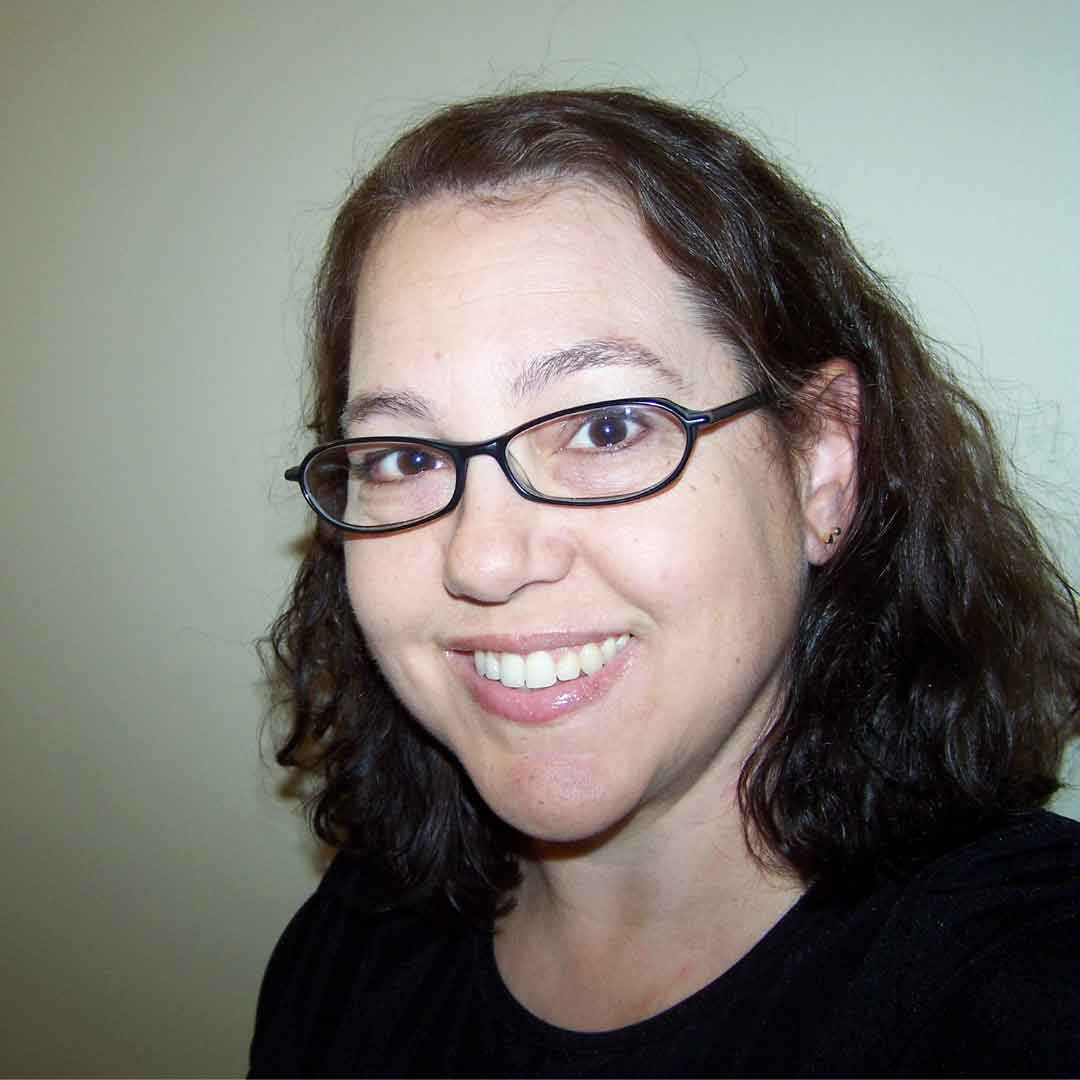 Tasha has been associated with the mission since she was 11 years old. Her relationship with Jesus began as a camper at Galilean Bible Camp in Ontario. Her faith grew as she served at camp for 12 summers and then 11 years full-time as Camp Registrar and Office Administrator.

Tasha joined the Ontario Field Office in Sault Ste. Marie in 2011 and became part of the Ministry Resource Centre Team in 2014. Tasha happily works behind the scenes on payroll for full-time and summer missionaries as well as bookkeeping for One Hope International. 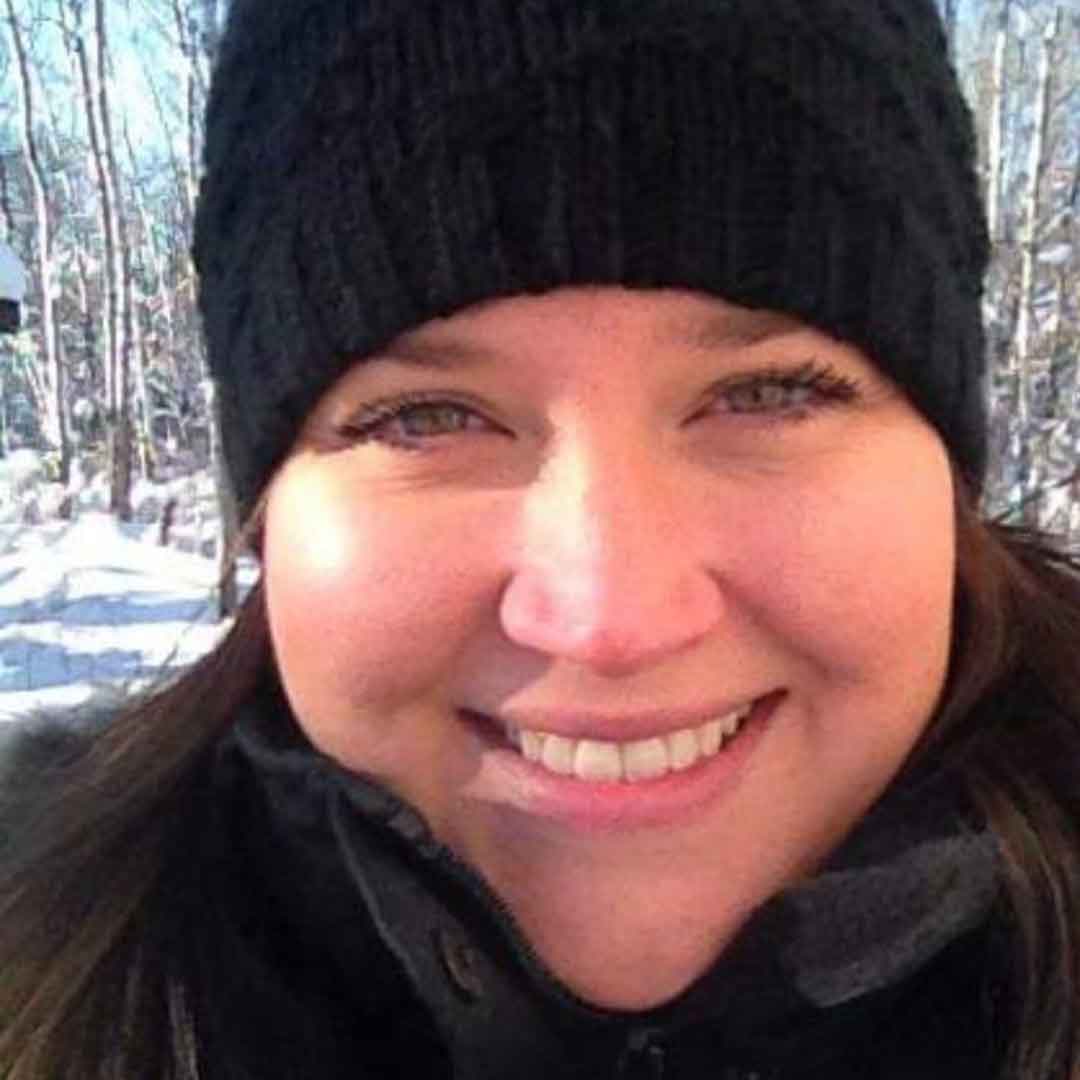 Leslie is married to Andrew, who also works at Roseau River Bible Camp. They have three wonderful kids, three dogs, various chickens, two cows and many, many pigs!