One Hope Canada’s leadership team provides essential support to our 45 ministry points as they encourage, direct, and equip our missionaries to fulfill One Hope Canada’s purpose and vision. 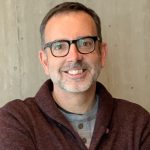 After living most of his adult life in Manitoba, Bill McCaskell moved back to Saskatchewan in 2019, returning to the province where he grew up. He joined One Hope Canada (Canadian Sunday School Mission at the time) in 2010 as Manitoba Field Director and in 2012, Bill and his wife Bev began serving as the Mission’s National Director team. In 2019 Bev stepped down from the role. Bill continues to serve as National Director, leading a great team of more than 150 missionaries from across the country as they reach more than 30,000 children and youth each year with the hope of Gospel. Previous to his ministry with One Hope Canada, Bill was a pastor and entrepreneur. Bill and Bev are the happy parents of two sons, two daughters-in-law, and grandparents to four grandsons. 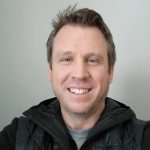 Pete, along with his wife Ashley and their three chldren spent the past four summers as director at Cape Breton Bible Camp, a One Hope Canada ministry on the southeast coast of Nova Scotia. As the camp director he grew to appreciate the value of camp ministry. Before heading east from Alberta, Pete had a background in recreation administration and was the community services and recreation director for the Town of Rimbey, AB. Other ministry experience prior to One Hope Canada includes an eight month assignment with Africa Inland Mission in Kenya at Rift Valley Academy. Pete is no stranger to the British Columbia and Alberta forests as he spent nine years forest fire fighting and seven years tree planting. 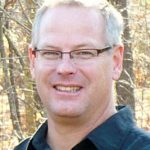 Bonnie and I became involved in camp ministry in the mid 90s as volunteers for Kenosee Lake Bible Camp in southeast Saskatchewan. After a few years, I joined the camp board, eventually becoming the board chair. In 2011, I started full-time as the Saskatchewan field director for One Hope Canada. Before joining the mission full-time I worked four years for a major oil company and 17 years before that as a police officer. Married for 31 years, we have three children, two of whom are married. Bonnie works with special needs children in the public school system and travels with me during the summer, playing a major role in our ministry. 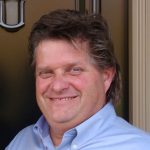 After graduating from Ontario Bible College with a bachelor of theology in pastoral ministry, Stephen spent 13 years in business, 10 years as a lead solo pastor, ordained with the Fellowship of Evangelical Baptist Churches, and five years as a director with Focus on the Family Canada. Stephen and Beverly, married for 38 years, have four adult children and three grandchildren. When not travelling to ministry points, Stephen pastors a house church. Stephen and Bev enjoy being empty nesters but are blessed with frequent visits by their children. 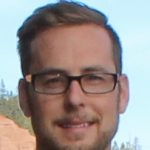 Ryan joined One Hope Canada in the fall of 2015 after pastoring for three-and-a-half years in Ontario and 11 years in New Brunswick. He, Joanna, and their four daughters joined the mission to restart the Truth for Youth Bible Camp as Blomidon Bible Camp in his native Nova Scotia. Ryan’s years of leading church ministry motivated him to create a space where believers could grow in Jesus and invite their community to know Him too. After watching God do a good work in that first summer at Blomidon Bible Camp, Ryan became the Atlantic field director in February 2017. Ryan loves to work at the camp with his family, while having the privilege of helping other ministry points in his field bring the hope of knowing Jesus to Atlantic Canada.