Hope: When Light Gets In Your Soul

"Something about the light perpetuates hope, even as the world tries hard to squash those burning embers before they can flame."

By Kelly Rempel, One Hope Canada

When you’re struggling to untangle that crazy string of lights for your Christmas tree, consider the number 640,215.

That’s the Guinness record-breaking number of bulbs blazing at a holiday display this year at a home in Lagrangeville, New York. (They also use almost 13 kilometres of extension cords!).

Not quite bright enough? You could pack up your passport and head to Colombia where the annual Medellin Christmas Lighting Festival will feature 27 million sparkling LED lights. That’s a lot of twinkle!

There is something about the light that fascinates us, holds us captive, makes us slow down and take a second look, from the smallest spark to fireworks bursting overhead.

Something about the light perpetuates hope, even as the world tries hard...

No Turning Back: Edna's Story

"There are no limits to what God can do!"

At 102 years young, Edna Ratzliff has the same passion for Jesus that she did at age 19 when she and her friend Mae travelled throughout Saskatchewan, sharing the Gospel with children in rural communities.

“If I’ve learned anything over the years,” Edna says, “it’s not what we do, it’s what we let God do. There are no limits to what God can do! … He delights to work in us, which is amazing to me!”

Our social media feeds and emails have been filled with “pleasant sights” and “good reports” this summer, highlighting the amazing ways that God worked (and continues to work) through camp ministry! Thanks to prayer and generous financial support, thousands of children and youth attending One Hope Canada camps heard, many for the very first time, the good news of Jesus’ love for them.

Looking ahead to the coming months, we anticipate many more opportunities to share “good reports.” A strong start to this next fiscal season, beginning October 1, will multiply stories like this one shared by a One Hope Canada cabin leader.

“Quinn* came to camp with ADHD, medication, and [a lot of] energy! However, as we showed him love and patience, and continued to present the Gospel story, his heart warmed to God's truth. On...

"Kids invite friends, the Gospel is faithfully presented, and many choose to attend camp the following summer!"

In 2009, the Roy family attended Camp Livingstone’s family camp. Sophie Roy was 13. As the years progressed, she and her brother and older sister served as cabin leaders and in other camp positions. Along the way, her church began TGIF, a Friday night kids and youth outreach.

Today, Sophie leads this group and a similar outreach in Sherbrooke. These ministries are follow-up opportunities to summer campers from these regions. Kids invite friends, the Gospel is faithfully presented, and many choose to attend camp the following summer! My daughter and sons, along with other summer missionaries, have volunteered to help Sophie at these clubs over the past few seasons.

"Their lives are examples of love for God and others."

Canadian Sunday School Mission’s Quebec ministry began in 1946. Camp Livingstone opened in 1953 and Camp des Iles joined the mission in 2012. Together, these two camps host over 700 children and youth annually.

Two missionary couples faithfully served in Quebec for 63 years with what is now One Hope Canada. Although retired from the mission, they remain active in ministering to those who cross their paths. Their lives are examples of love for God and others.

The Loewens began with the mission in 1972, directing Camp Livingstone until 2008. Instead of retiring from the mission, they moved into the Stanstead community, where they had been doing pulpit supply and Bible teaching in a church, bringing the hope of the Gospel to hurting people.

Soon after joining the Stanstead curling club, the Loewens were asked to run a junior curling program, a confirmation that God was guiding them. This involvement...

Discover how we do it!

Our team works in all ten provinces, each with a heart for the people of Canada.

Speaking Peace When Life Gets Scary

Love: One Word to Rule Them All

Joy That Does Not Disappoint 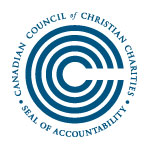